Since 2010, Parkbus has helped thousands of Canadians access the great outdoors. Whether it's a day trip, a family camping weekend, or a wilderness expedition, Parkbus will get you there!

Parkbus connects city dwellers with nature through accessible transportation options. Founded in 2010, we operate bus services to National and Provincial Parks from major cities across Canada. We also operate community nature and outdoor programs such as ActiveDays and NatureLink. Our free shuttles, as well as NatureLink and Activedays programs are run by Transportation Options, an Ontario-based non-profit organization dedicated to fostering sustainable tourism and transportation. The rest of our programs are run by Parkbus Inc., headquatered at the Center for Social Innovation in Toronto.

We are committed to offering sustainable, equal access to nature through collective transportation, thereby ensuring more people can appreciate the outdoors and maximizing our health and well-being whilst minimizing our environmental impact.

We strive to be environmental and sustainable leaders, leading by example: educating, empowering, inspiring, and motivating people to explore the outdoors in a sustainable, responsible manner.

We started as a grassroots not-for-profit, and we are dedicated to industry cooperation and fostering connections with each other and the great outdoors.

We're adventurers at heart, both at work and play. We're curious, innovative, and open-minded, driven by a passion for discovery and exploration.

We act honestly and ethically, guided by our morals, purpose, mission, and values.

Rebecca is the Operations Coordinator at Parkbus. She is passionate about helping people build connections to the outdoors and is enthusiastic about birding! Her favourite Parkbus route is Georgian Bay Islands National Park, and her most memorable outdoor experience was hiking in Juan de Fuca Provincial Park on Vancouver Island. Rebecca can be reached at rebecca@parkbus.ca

Ksenia is our Director of Programming. She is a traveller and program designer with a passion for mindful and sustainable living. Her favourite Parkbus route is Rattlesnake Point and her most memorable outdoor experience was night trekking an alive volcano in Bali. Ksenia can be reached at ksenia@parkbus.ca

Carly Joynt is the Toronto Coordinator of ActiveDays and NatureLink programs. She is a passionate mentor who loves connecting people with nature through the senses! Carly's favourite Parkbus route is to see the waterfalls of the Dundas Valley and her most memorable nature moment was tracking a Great Horned owl through a cedar forest! Carly can be reached at carly@parkbus.ca.

Alex is the co-founder and COO of Parkbus and is now leading the operational, logistical and HR aspects of the project. His favourite Parkbus route is also Killarney and his most memorable outdoor experience was spending two months hitchhiking and backpacking in rural Patagonia. Alex can be at alex@parkbus.ca.

Boris is the co-founder of Parkbus. His favourite Parkbus route is Killarney in the fall, and his most memorable outdoor experience was watching the Northern Lights in Lake Superior Provincial Park. Boris can be reached at boris@parkbus.ca. 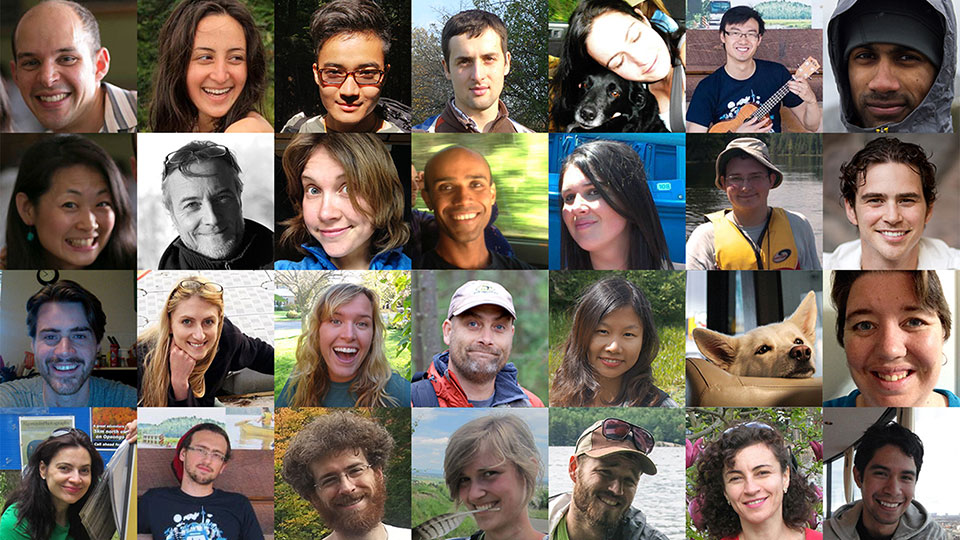 Our volunteers are key to the success of the project, and every season these talented people dedicate their time and energy to Parkbus participating in Parkbus Ambassador Program. If you are interested in joining our team this year, please take a look at the program description, and feel free to get in touch with us.

In January 2018, World Tourism and Travel Council named Parkbus as one of 3 finalists for the Innovation Award, along with Pemuteran Bay Coral Protection Foundation and Virgin Atlantic! 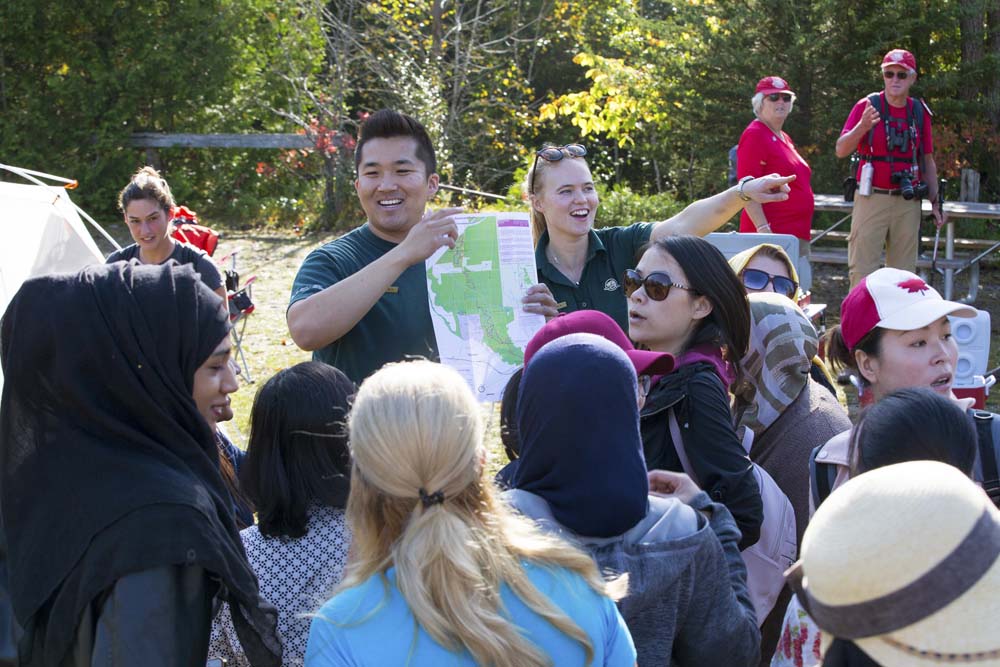 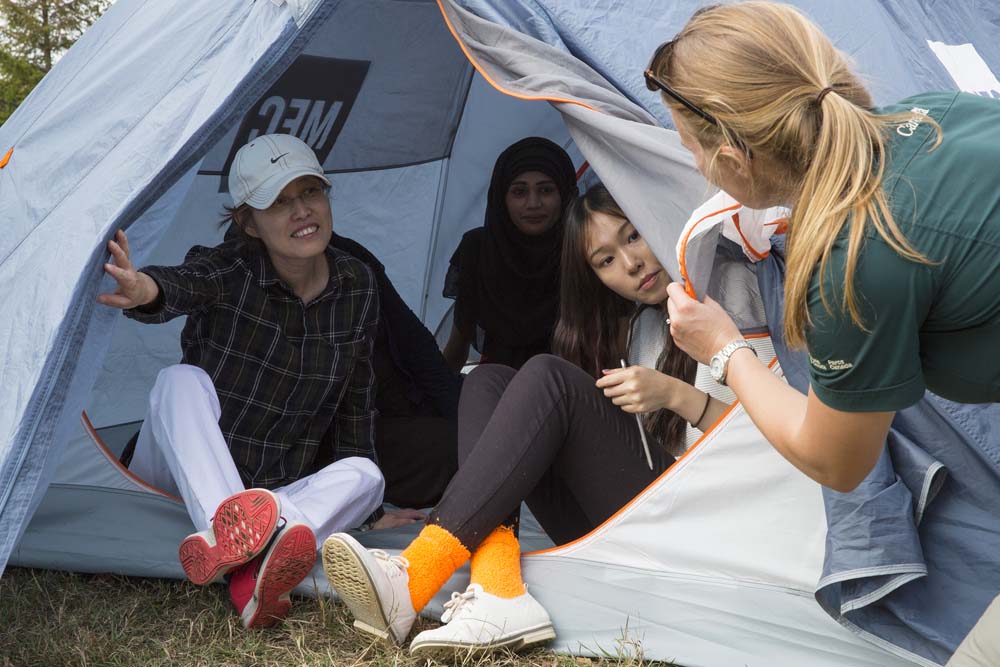 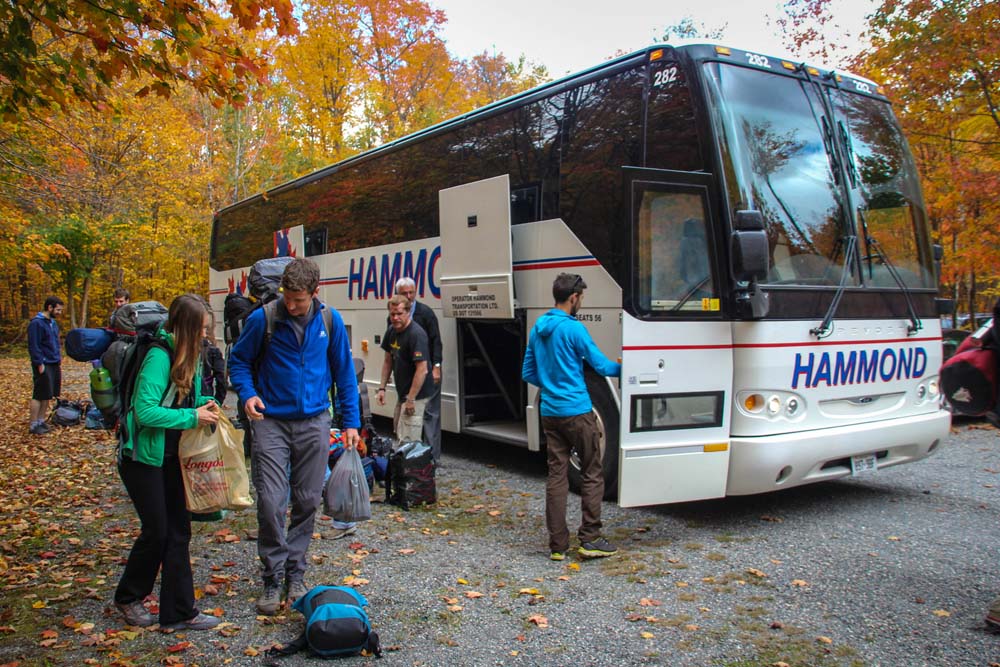 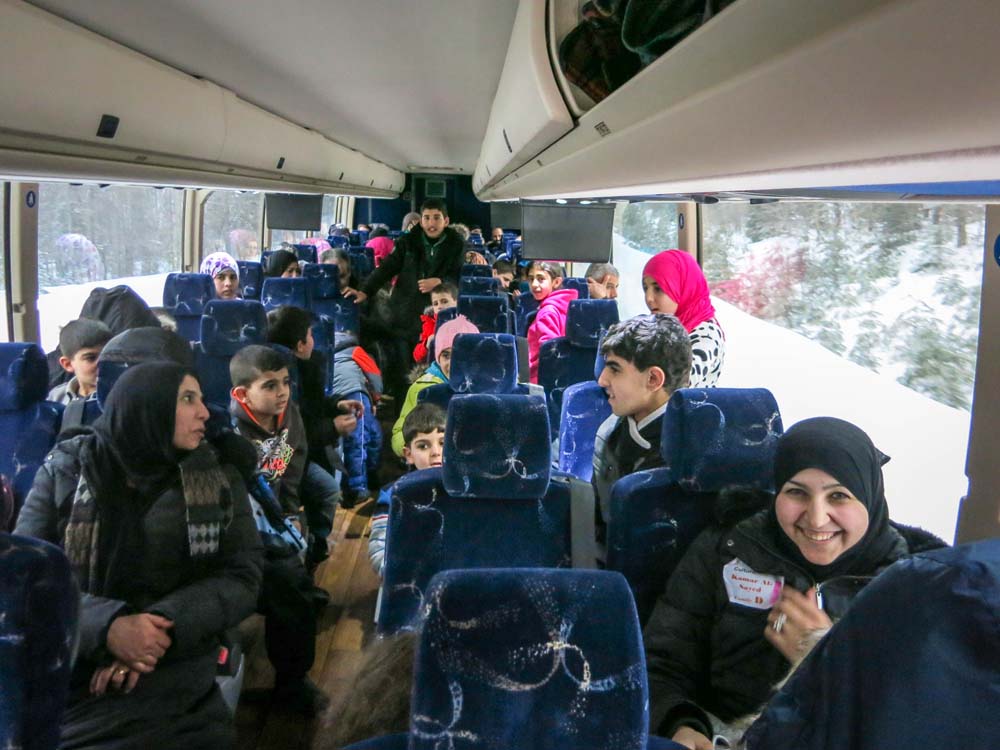 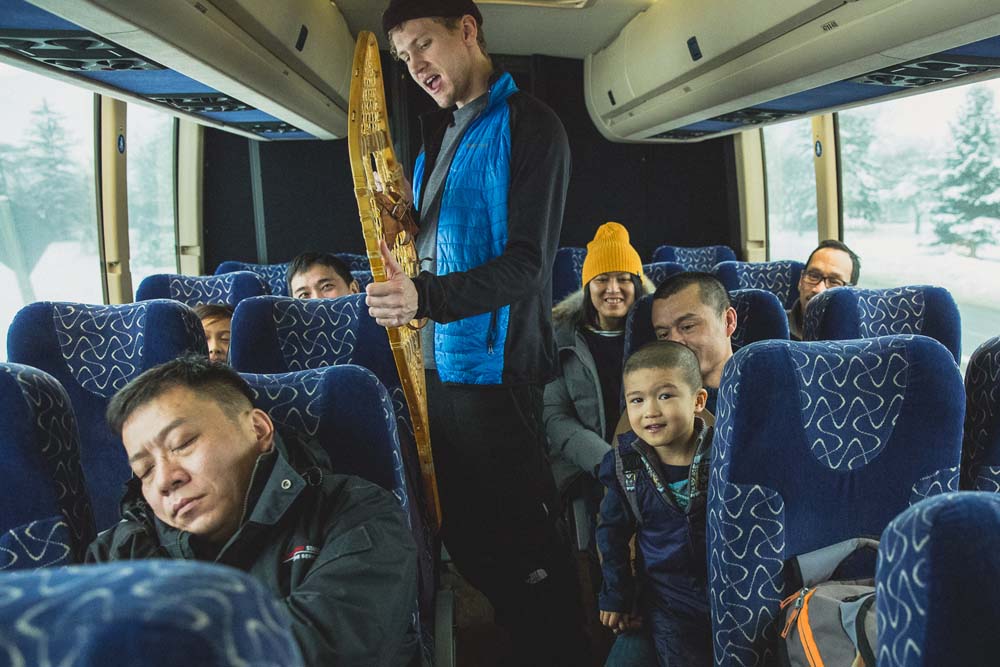 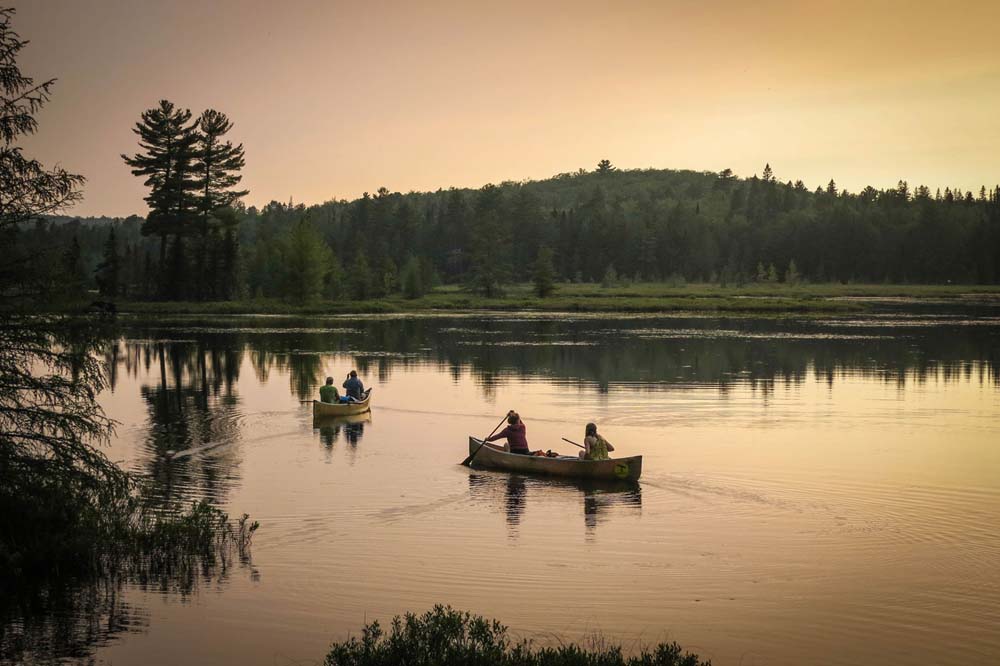 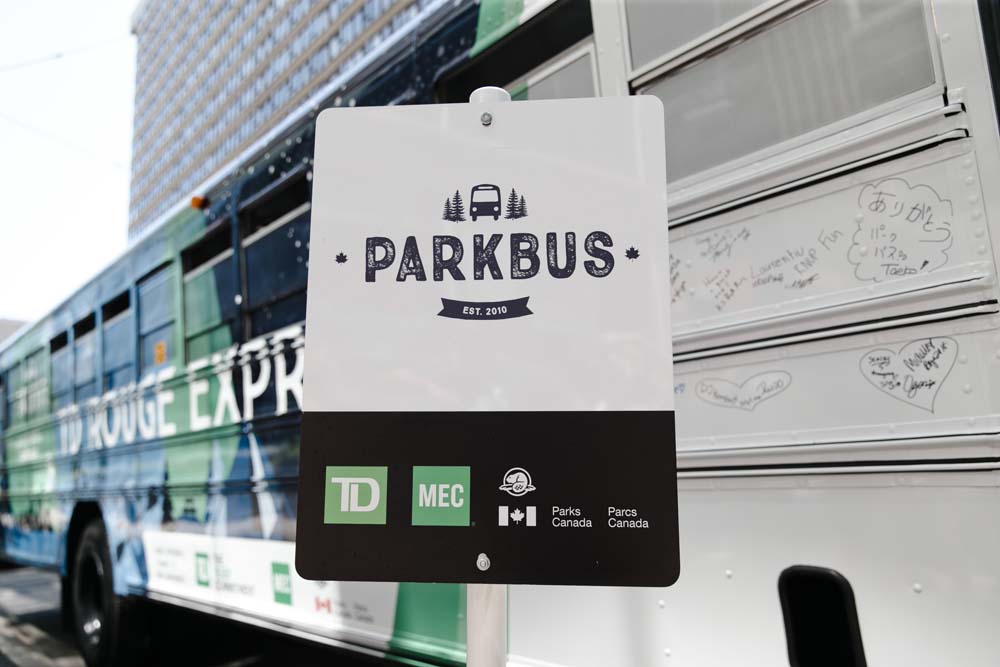 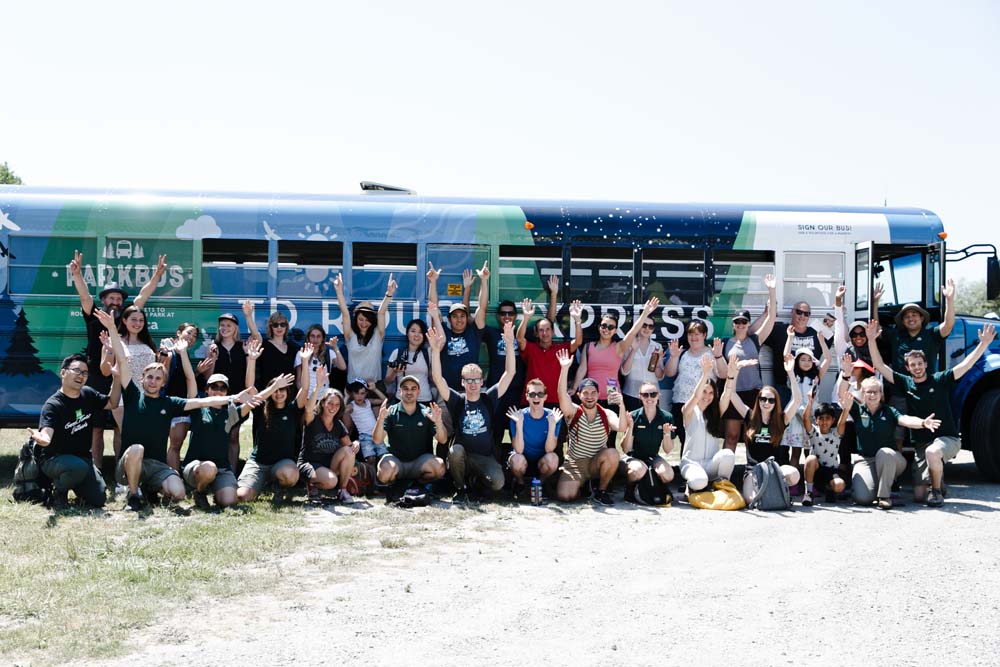 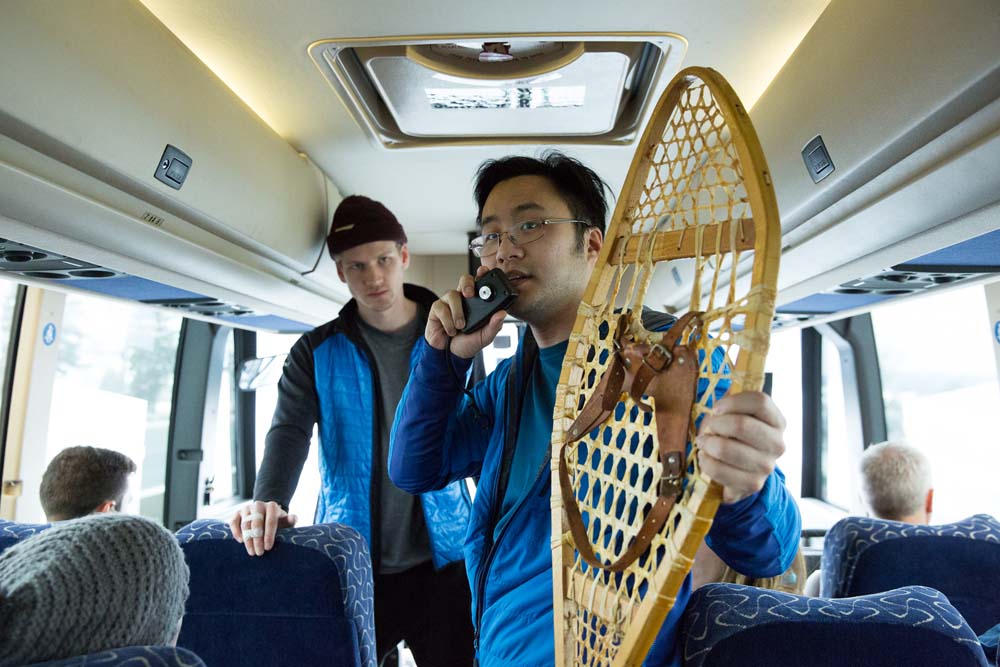 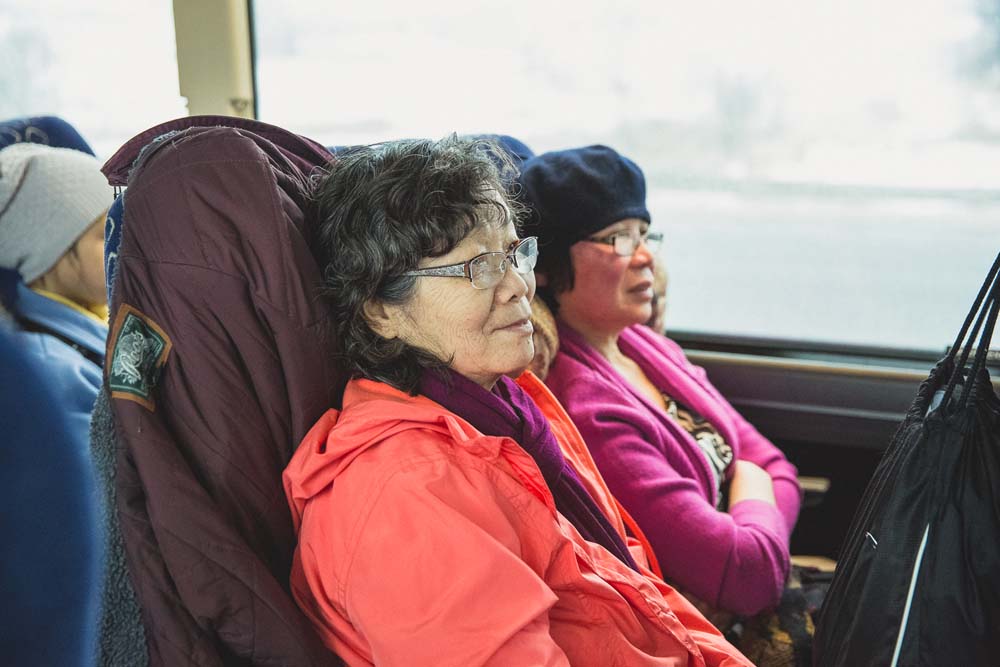 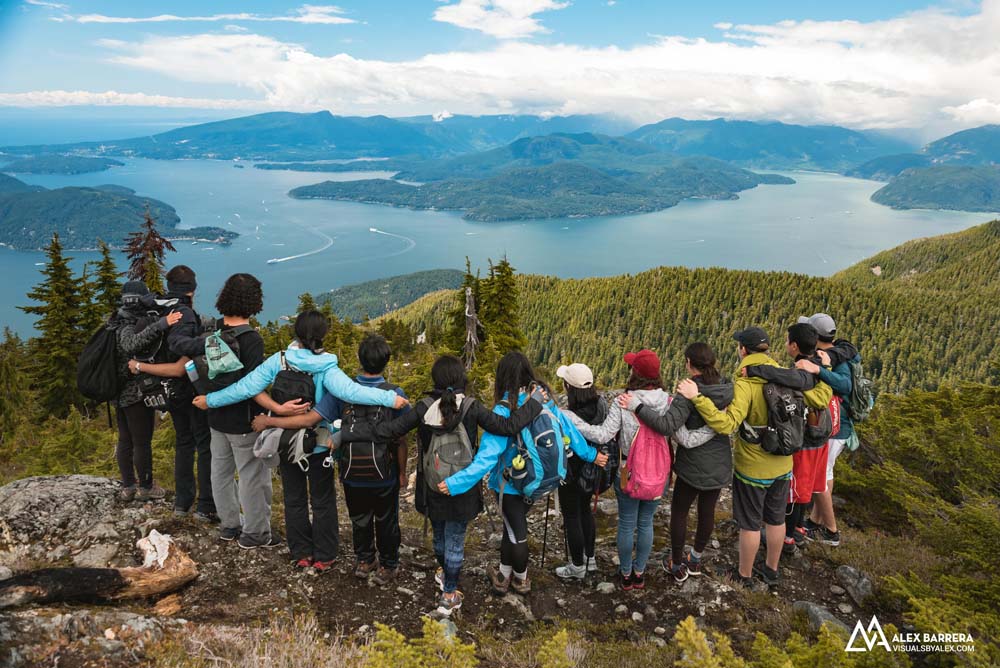 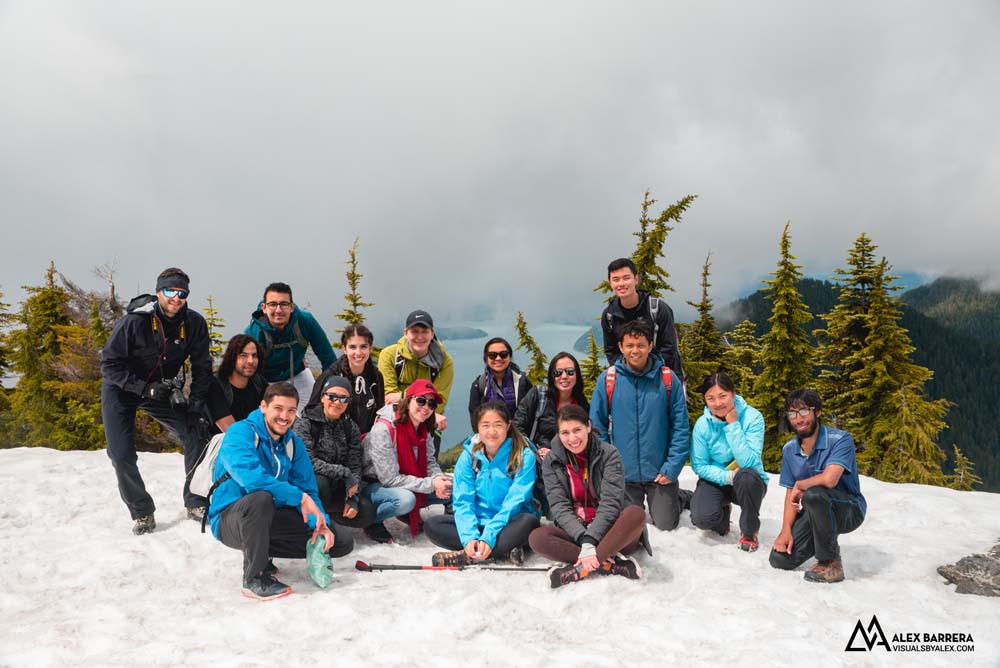 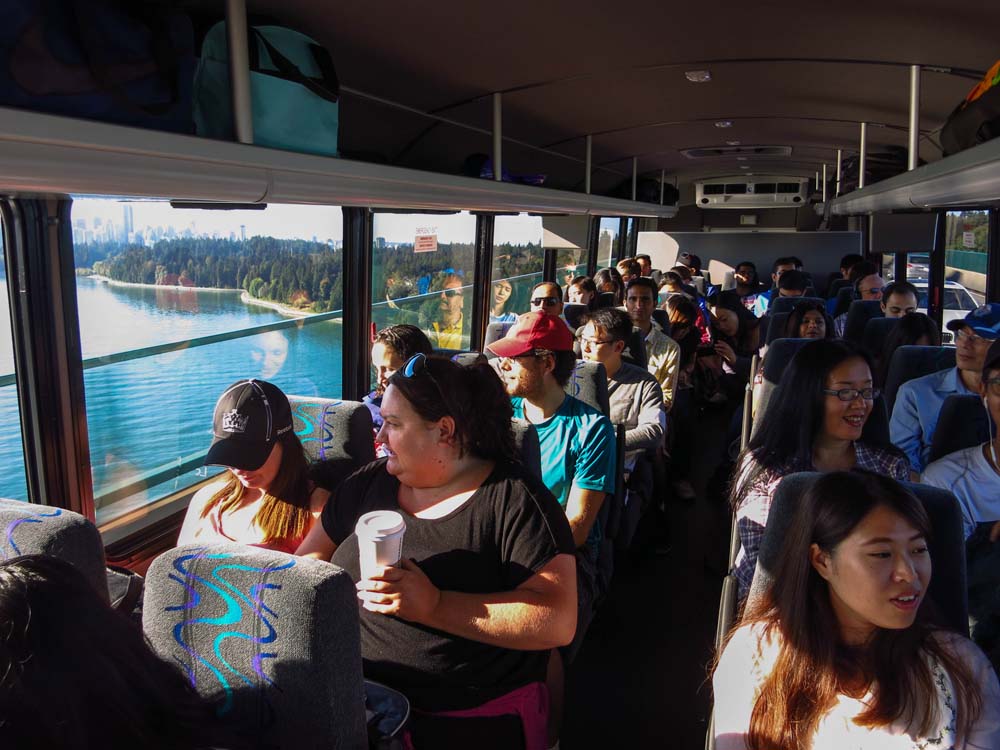 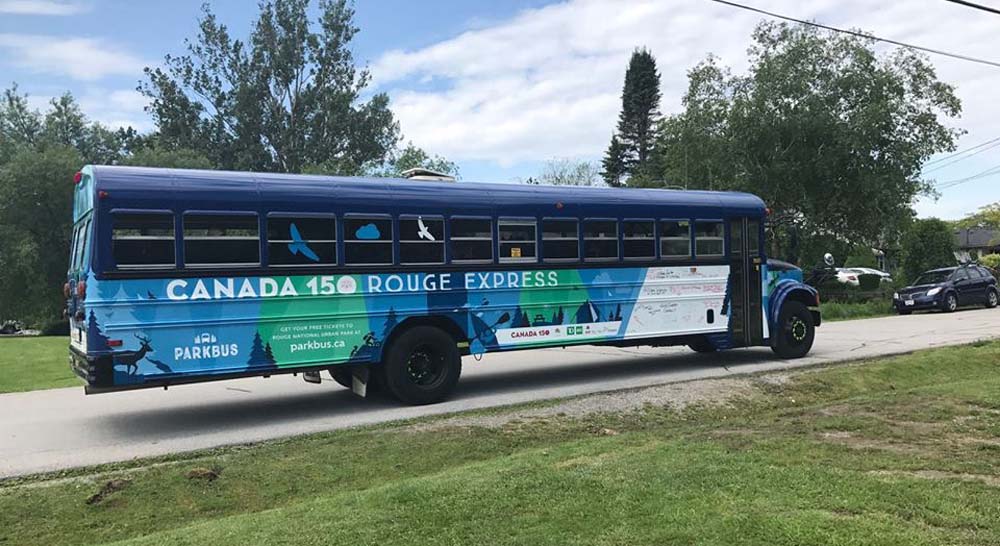 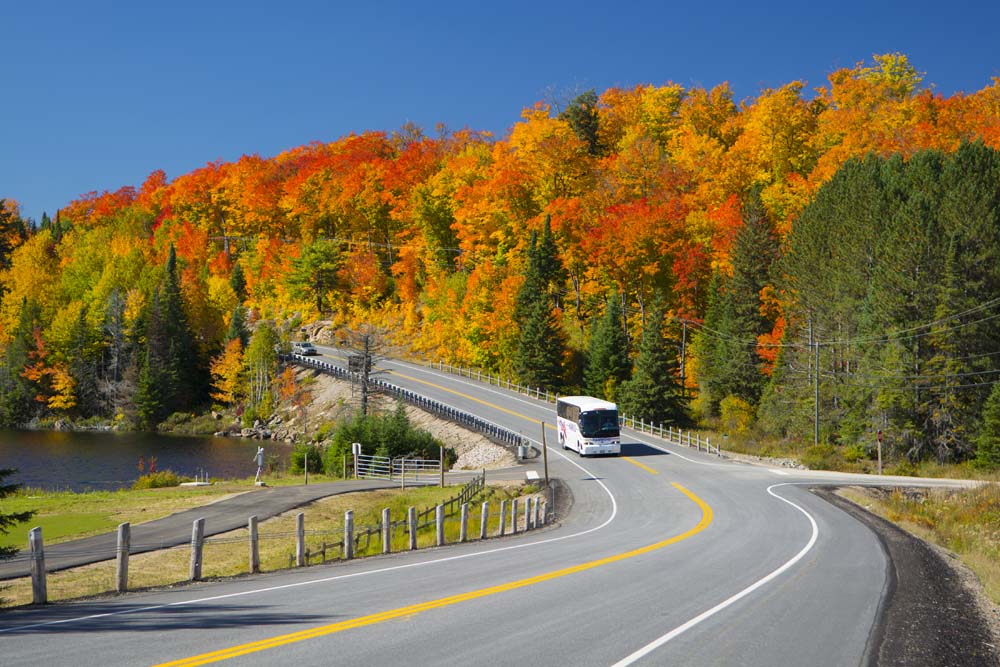 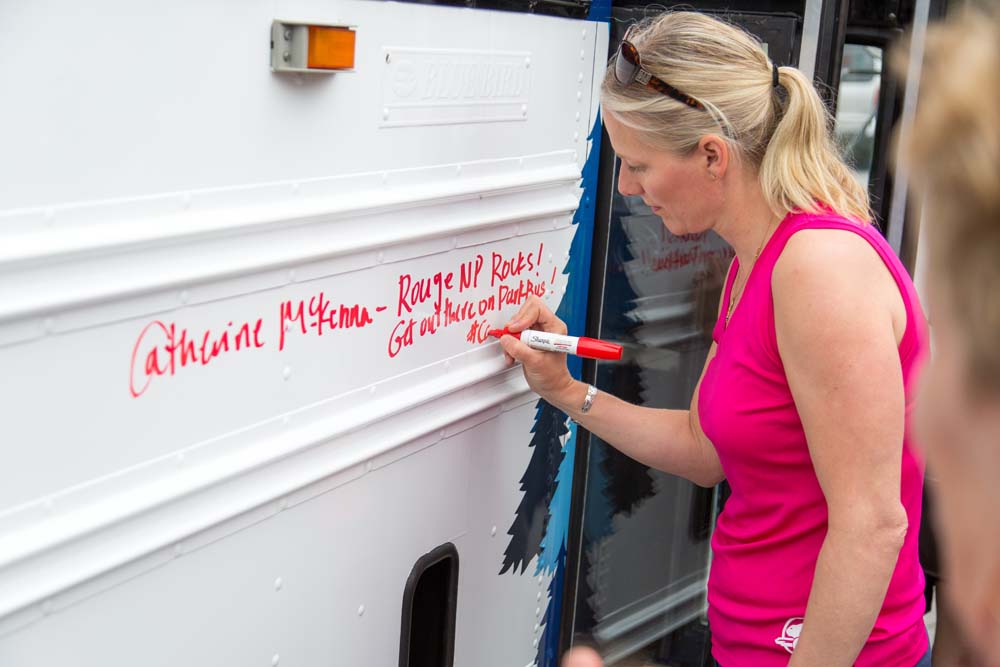 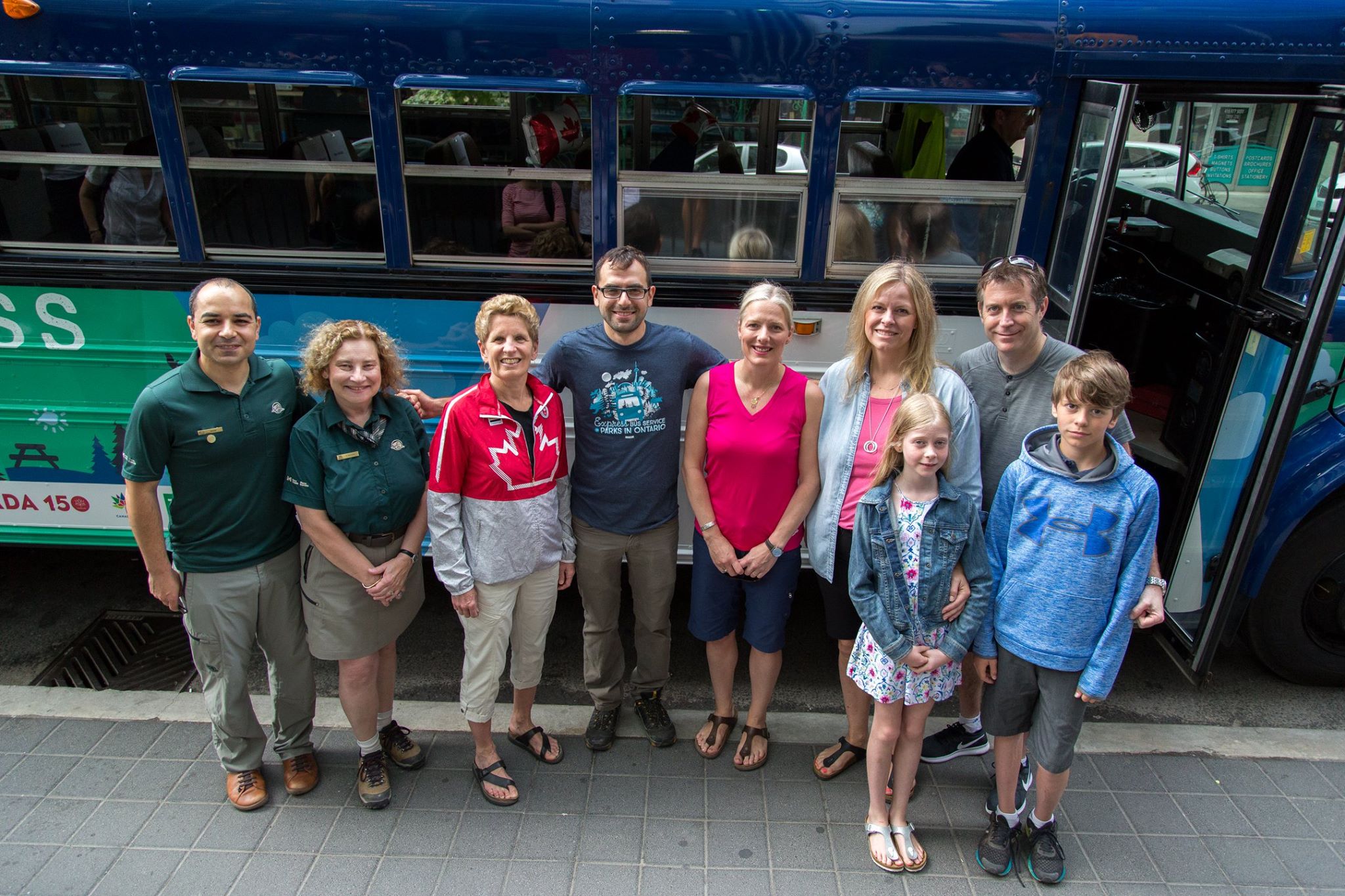 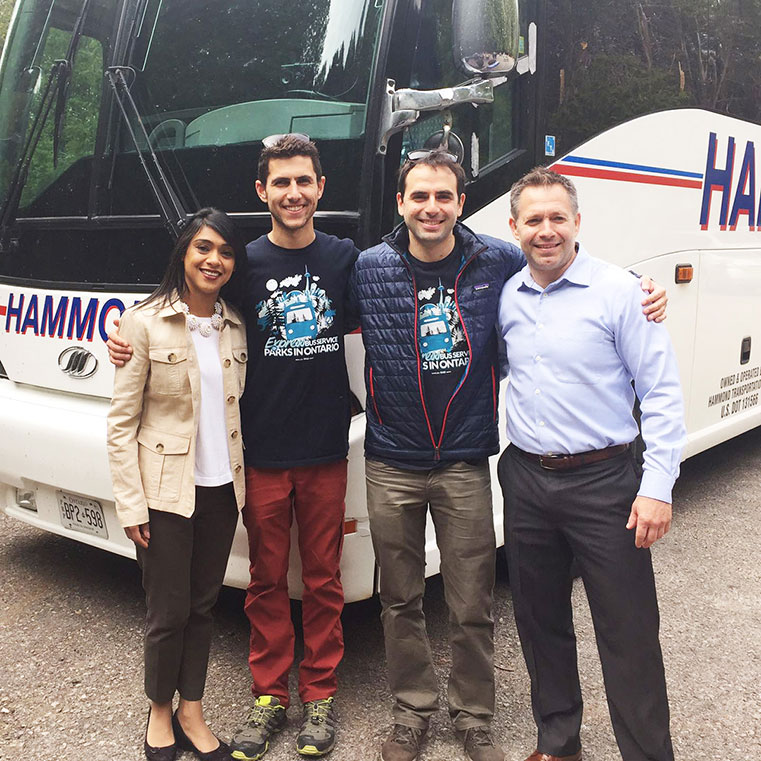 Parkbus could never succeed without generous support from dozens of organizations that provided financial, logistical, operational and promotional support. We work closely with all levels of government, as well as private sector organizations, other non-profits and charities, as well as individuals. We are always open to new ideas - to partnership opportunities, please contact us!